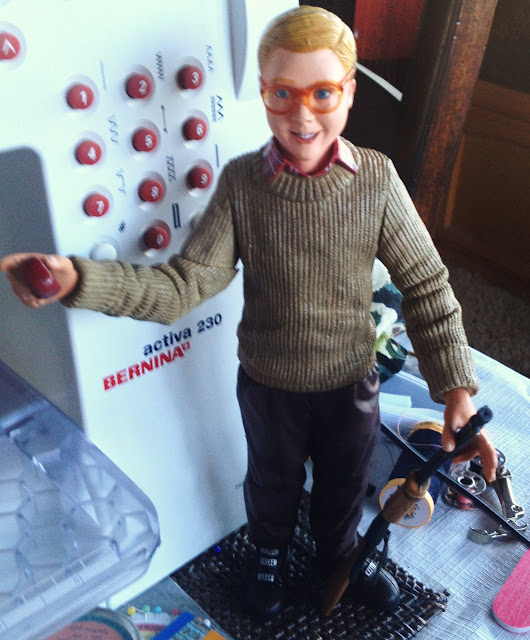 I need to go to his house in Cleveland...really, truly NEED to go!

And I was planning on going in December, as I would be in Indiana for our daughter's graduation...it's just a few hours to Cleveland, right?

And I could visit a few friends and a few quilt shops along the way, right?

But someone said the nasty word...December means SNOW in Indiana and Ohio...lots and lots of snow.

I live in Southern California.  We have rain, thunder, lightening, winds, maybe an occasional water spout over the ocean....but only have seen snow twice where I live.

I have never driven in the snow...I've passed through Chicago airport enough to know snow can mess up airplane schedules...and since my travel would be the week before Christmas, I've decided to postpone my visit until the Spring.

Until my visit, Ralphie Parker will remain my Official Sewing Support Team...but who knows? I might have to make him a pink bunny suit just for fun.....
Posted by Unknown at 5:22 PM